Tom Odelfelt ’88 served as the Master of Ceremonies at the celebratory event, held in the Camuto Auditorium just prior to the Alumni Tent Party on the Edwards Campus. 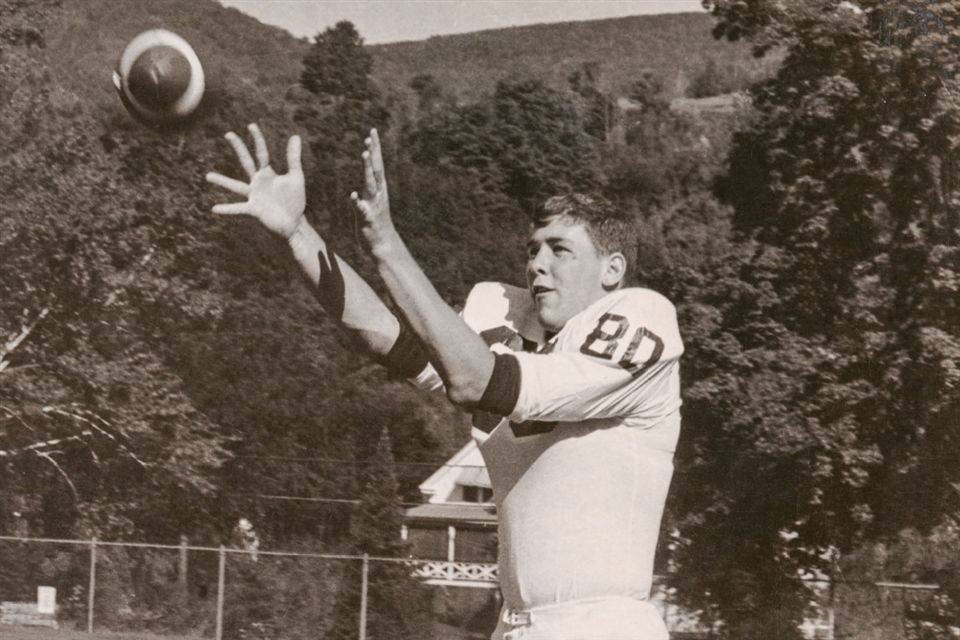 Booth Garnett was characterized as one of the most versatile athletes of his time — and he’d be considered the same if he were playing today. He didn’t just play 3 sports, he excelled in all of them at Brunswick.

A star on the gridiron and a baseball phenom, he truly shined on the ice, scoring 96 goals in 35 career games during his high school hockey career. Garnett was featured in Sports Illustrated’s “Faces in the Crowd” in 1966. 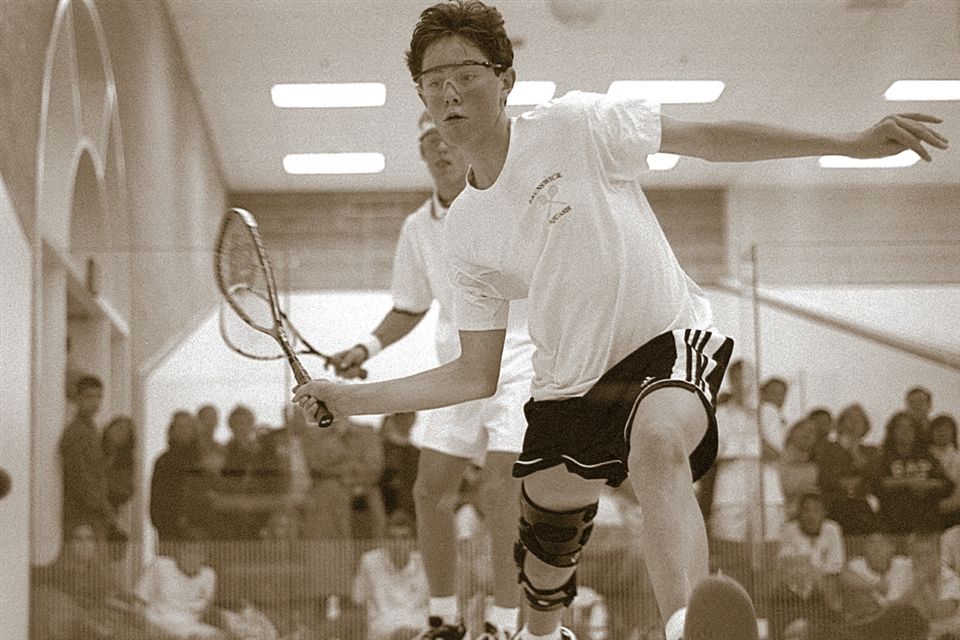 Named to the varsity lineup as a sixth grader on the Brunswick Varsity Squash team, Will Broadbent excelled. During his time as a Bruin, Broadbent participated in 14 National Championships across the US, Canada, and Australia.

He became a New England Champion as a sixth grader, he was twice named the #1 athlete in New England by the Boston Globe, and he went on to Harvard, where he played number 1 for his entire collegiate career. 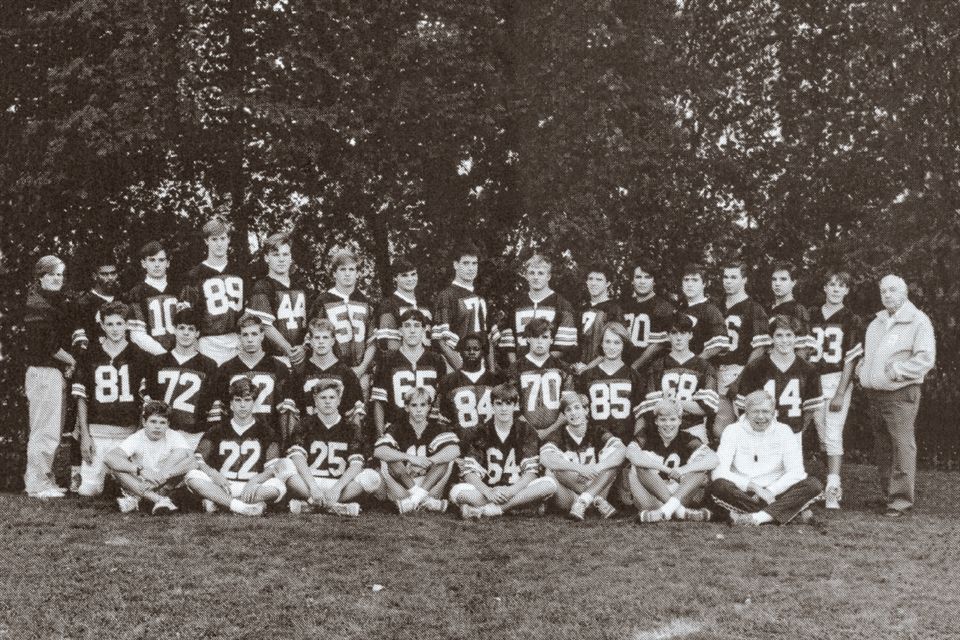 With a tremendous amount of talent and led by great coaches Bob Sampson, Mike Harris and Pete Kashatus, the 1989 football team had a very successful campaign. A stingy defense, coupled with a potent offense, helped the Bruins outscore their opponents 295-31.

They compiled a record of 10-0, and participated in and won their first New England Championship game, beating Providence Country Day 28-0. While the defense was the backbone of the team — with hard-nosed linebackers, a solid defensive line, and instinctive defensive backs — the offense shined with great talent in the backfield and nifty receivers.

All played a hand in starting the longstanding tradition of winning New England Championships on the football field at Brunswick.
Back