5/6/2020
Alumni, parents, students, faculty — the entire ’Wick community — came together in the only way possible right now, on the Internet, for an evening of music and comedy in celebration of the Brunswick spirit — past, present, and future.

In a first-of-its-kind occasion, #WickStrong! went live online at 7 p.m. on Friday, May 1, offering the ’Wick community some down-to-earth entertainment and laughs, some incredible music — and, at the same time, a chance to reflect on a school in quarantine and its 118-year history.

Division heads, transforming themselves into “The Brunswick Bunch,” provided the opening theme song with a remake of the famous melody from the 1970s sitcom The Brady Bunch. Lyrics went something like this:

“Here’s a story, of a time of waiting, for the day when all of us can meet again … Though we’re separated now, we’re still together, the only question’s when.”

“It’s a story of the boys of Brunswick, who with grit and courage keep their heads held high … So the Brunswick family now stands all together, with our students, teachers, families, alumni too ….”

Brunswick “Hot Dad” Rob Burnett P ’20 was asked to open the show, and he stepped up to the plate and called the event “just a beautiful, much-needed idea because, let’s face it, quarantines can be challenging!”

“Like all of you, we Burnetts are searching hard for the silver linings, because not every aspect of quarantine is bad,” he said, introducing homemade videos featuring some fun family antics that culminated in a silly, upside-down, hard-to-fully-describe, family chorus on the couch. They were joined by their dog, who offered kisses while family members tried to sing, incognito.

“I think we used our time very productively!” Burnett exclaimed.

Brunswick Theater Teacher Seth Potter and his wife, Lindsay, hosted the show from their spiffed-up living room, balloons and Brunswick banners to boot. The two were joined by their children, Owen ’31 and Lily GA ’28.

The family introduced Brunswick music talent, past and present, who provided the soundtrack for photos from quarantined family life, including all the fun and craziness that comes with working-from-home while children are also learning-from-home, as well as photos of Brunswick School, Pre-K through 12th grade, both current and past.

Here’s the setlist:
The event capped a day of community for Brunswick. All together, over 400 generous gifts were made to the Brunswick Annual Fund, making #WickStrong! a unique and successful event. 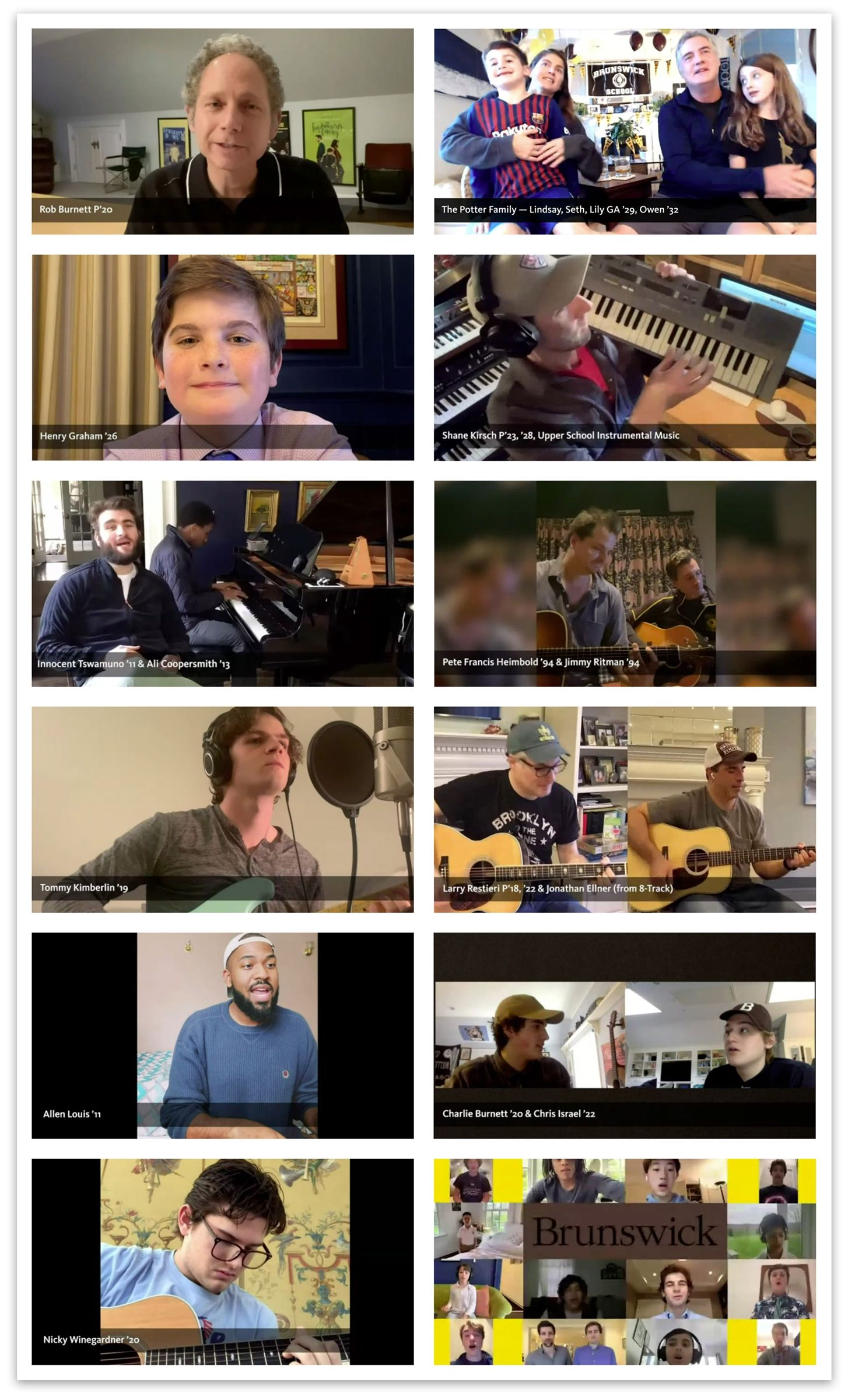